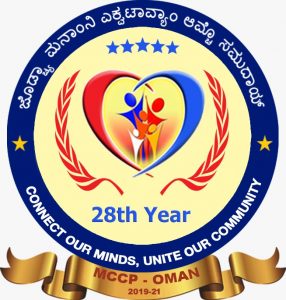 Lynel has won numerous awards as an Athlete during his college days, representing at State Level in the category of Pole Vaulter and Javelin Throw. As a Rambo man, he is a body builder and won competitions at university level. For his Oman National level achievement in Cricket, Lynel was felicitated with an award for exemplary achievement in the field of sports by the community. His earnest interest and achievements has made him a befitting candidate for the post of Sports Secretary for the year 2014-2015, who has been proving time and again his skills of sportsmanship.

As a multi-talented youth…, Lynel has keen interest in cultural events such as dance, drama, acting, etc… and has won prizes at community level competitions and as a student too. Very jovial in nature and a fun loving person, he is ever ready to serve the people or community. Through his nature of service, he has been motivating and inspiring the youth in his circle / network to be attached to the community, as he understands that the youth are the integral part of any growing organization.

Lynel’s vision for MCCP in the year 2014-2015 (23rd year of its inception) is to organize country games such as lagori, etc.. and conduct tournaments of popular games so that new faces in the sports field come forward to prove their skills and accordingly are identified enabling to form stronger teams to face the inter community tournaments organized every year. He believes, sports is the medium to get closer to one another, eliminating the differences and enables one to live a hale and happy life, which is lacking in today’s pressure filled society / world.

Youthful Lynel’s mantra is ‘Take time to take care of yourself, through Sports’.